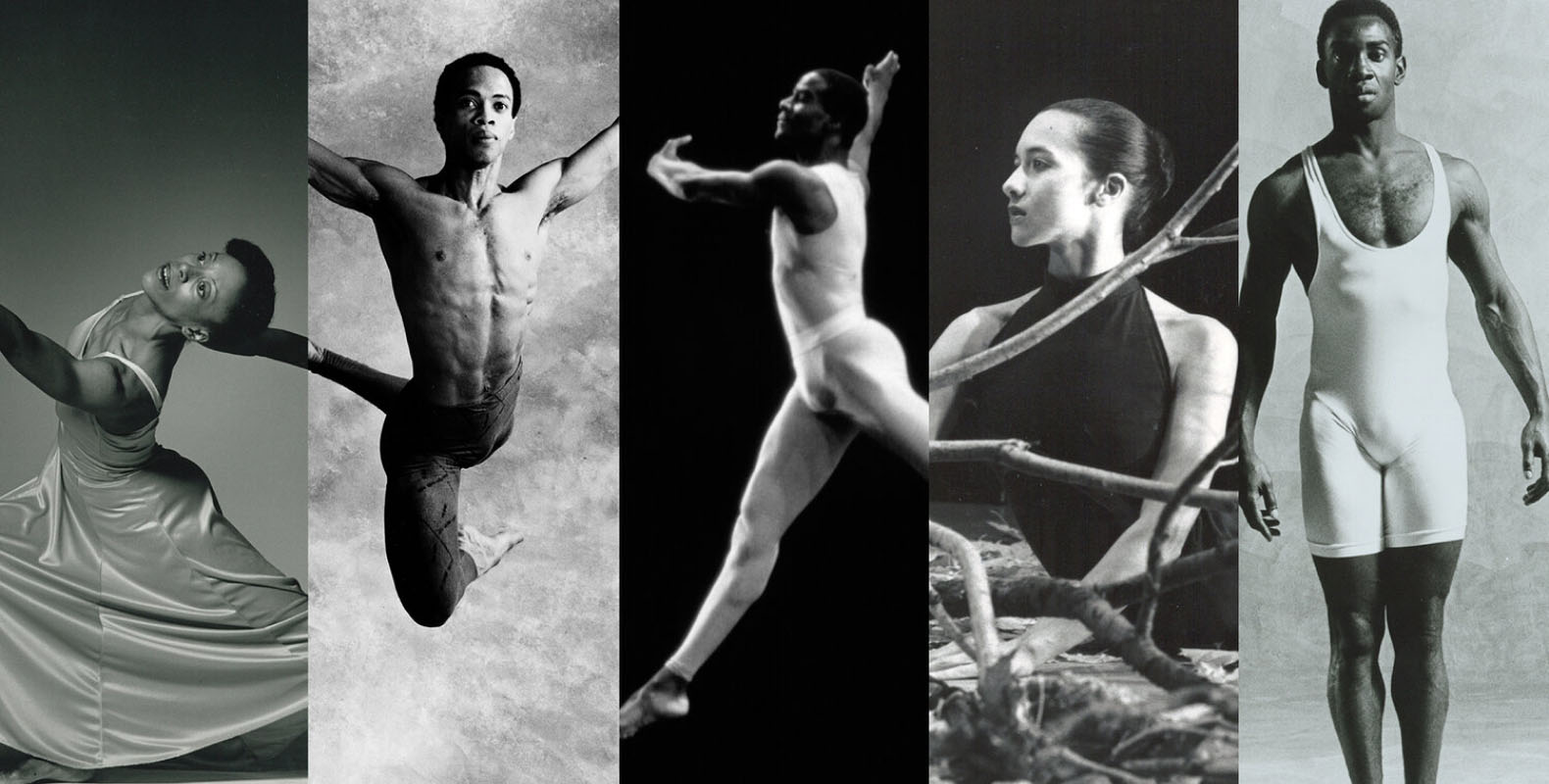 Toronto Dance Theatre was founded in 1968 by dancer and choreographers Peter Randazzo, Patricia Beatty and David Earle. The company quickly became a major force in Toronto’s arts scene with charismatic dancers and a repertoire of original work created in collaboration with important Canadian composers and designers. For more than fifty years, TDT has produced a unique body of original Canadian choreography and influenced the development of dancers, choreographers, and other artists from across the country and abroad. As a touring company, TDT has had a major impact on the development of audiences for Canadian dance and has performed across Canada and around the world.

In the mid-eighties, under the artistic direction of Kenny Pearl, the reputation of the company grew after significant successes in New York and Great Britain. David Earle followed as Artistic Director from 1988 to 1994, creating large-scale works and leading TDT into its milestone twenty-fifth anniversary.

Christopher House was Artistic Director from 1994 to 2020. Over the course of his tenure, TDT evolved from a modern to contemporary dance company that casts its creative net both wider and deeper, broadening the public we serve and the conversations in which we participate. Over a hundred choreographers from a diverse range of backgrounds have worked with TDT in this time, collaborating with a wide variety of Canadian and international artists in the past decade.

Under Andrew Tay‘s leadership, the company’s core activities continue to include: creation, research and production of Canadian artists, annual productions in Toronto and on tour, educational and outreach programming for students in the GTA (reaching over 800 students a year), professional development opportunities for emerging artists, amongst other programs. Tay sees this crucial stage of TDT’s development as an opportunity to bring his practices of choreographer and curator together under one organization, using his experience to amplify the company’s impact through exciting public outreach events outside of TDT’s mainstage works and using the resources at the company’s disposal to address important issues within the local dance ecosystem.

Released on Friday October 8, 2021, this tribute presentation will remain on TDT’s website indefinitely as an educational resource for the community. 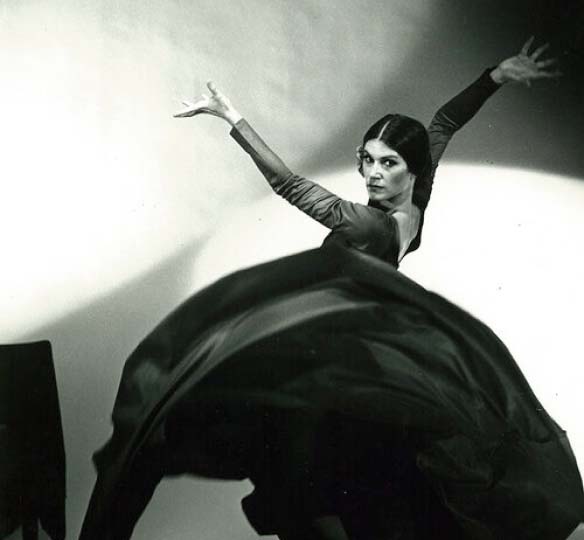 Trish, as she liked to be called, was one of Canada’s most esteemed dance artists. She taught and inspired generations of dancers and young choreographers throughout her 40 year career. After graduating from Bennington College in 1959, she studied with Martha Graham and José Limón before returning to Toronto in 1966 to found the New Dance Group of Canada. In 1968, she was one of the three founders of Toronto Dance Theatre.

Produced by Mary Jane Warner and Rosemary James, this video tribute features rare footage of Trish performing and coaching other dancers in several of her most iconic works including: Against Sleep, First Music and The High Heart. Other works presented include the joyful Skyling and her powerful Radical Light.

The program also features tributes to her by colleagues and former students, reaffirming her importance in the development of modern dance in Canada.

Listen in with Toronto Dance Theatre rehearsal director Rosemary James as she catches up with 5 prominent Black artists who danced with the company in the 80’s and early 90’s. Access this series of audio recordings between Rosemary and her former colleagues as she speaks to them about their life, experiences, their time at the company, and where they are now.

These conversations were posted in February 2021 to coincide with Black History Month and they will remain permanently on TDT’s website as a recognition of their contribution to the development of the company as well as the Canadian contemporary dance scene.

Formerly dance partners, Rosemary James and Crispin Redhead look back to when he danced with TDT from 1989 to 1991. Hear Crispin discuss what led him to join the company, his final performance at TDT, and how his career has come full circle.

Rosemary James reconnected with former colleague Miriane Taylor (Braaf), who danced with the company from 1988 to 1994. Hear Miriane reflect on her journey moving to Canada from South Africa to study dance, the challenges she faced when touring internationally with a South African passport, and how her career in pilates evolved following her time at TDT.

Rosemary James speaks with Almond Small, who danced with TDT from 1985 to 1989. Tune in to hear Almond discuss his experiences learning repertoire and going on tour with the company, while sharing important reflections on change in and outside of the studio.

Listen in with Rosemary James and Learie McNicolls, who danced with TDT from 1984 to 1987, as they speak about the challenges he faced in rehearsals as a Black contemporary dancer, his thoughts on performing, and what led him to relocate to Hamilton, Ontario.

Rosemary James catches up with New York-based artist Merle Holloman, who danced with TDT from 1980 to the Spring of 1988. Listen in for topics such as Merle’s arrival at Toronto Dance Theatre, why she started choreographing solos, and how her journey after leaving the company led to other opportunities.

“I was a company member with TDT from 1986-1992. During this time, I had the opportunity to perform with Black dancers Merle Holloman, Learie McNicolls, Almond Small, Miriane Taylor (Braaf) and Crispin Redhead. These dancers were fierce movers, mentors, creators, and inspiring individuals who contributed to the ecology of the company. For these reasons, I wanted to reconnect with them and share their stories so that current and future performers, audience members and the general public can gain an awareness of the legacy of these extraordinary artists.”

“Since arriving at TDT, I’ve been thinking about the importance of taking time to learn more about the history of the company as well as of the Toronto dance community that I have become a part of. So often, our histories are centered around the perspectives of the choreographers, dance journalists and audiences of that time, leaving out crucial perspectives. Supporting this project initiated by Rosemary James has been an incredible opportunity for me personally to learn about contemporary dance history told exclusively through the voices of Black dancers who were part of TDT in the 80’s and early 90’s. I encourage everyone to check out these candid discussions which serve to recognize these artists contributions to the Canadian dance scene, and valorize their work both past and present. Their conversations speak to the complexities of being a Black artist working in contemporary dance during that period -some are joyful and humorous while others open up important discussions about systemic issues that we continue to work on dismantling today. I want to immensely thank all of the artists for their generosity in sharing their life stories and to Rosemary for proposing this meaningful project.”